2.8.16
AUSTRALIA HAS announced the appointment of Ms Jane Duke as next Ambassador to the Association of South East Asian Nations (ASEAN), based in Jakarta. Ms Duke replaces outgoing Ambassador Simon Merrifield who was appointed Australia's first resident Ambassador to ASEAN in 2013.

Australia became ASEAN's very first Dialogue Partner in 1974, only seven years after the regional association was formed. A Joint Declaration on ASEAN-Australia Comprehensive Partnership was adopted in 2007 and upgraded to a Strategic Partnership in 2015. The relationship is being further enhanced with the convening of biennial Leaders’ Summits.

The ASEAN-Australia-New Zealand Free Trade Area was signed by the Economic Ministers of ASEAN, Australia and New Zealand in 2009. The new ASEAN Economic Community is, collectively, Australia's second-largest trading partner and Australia is the AEC's 6th largest trading partner, with total two-way trade reaching US$70.4 billion in 2014. Australia is also one of ASEAN's six Dialogue Partners that joined the negotiations on the Regional Comprehensive Economic Partnership (RCEP).

Ms Duke is a senior career officer with the Department of Foreign Affairs and Trade. She was most recently Assistant Secretary, South-East Asia Regional Branch, responsible for Australia-ASEAN relations and Australia's engagement with ASEAN-led regional institutions such as the East Asia Summit and the ASEAN Regional Forum.

She previously served overseas as Deputy High Commissioner, Malaysia and as Counsellor (Immigration) at Australia's Permanent Mission to the United Nations in Geneva. In Canberra, Ms Duke has served as Assistant Secretary of the Canada and Latin America Branch, and the Northern, Southern and Eastern Europe Branch. She has also held senior positions in the immigration portfolio.

Ms Duke holds a Bachelor of Arts (Asian Studies) and a Bachelor of Laws (Hons) from the Australian National University, and a Graduate Diploma in Legal Practice from the University of Technology Sydney.

See also: Australia's first Jakarta-resident Ambassador to ASEAN accredited (20 Oct 2013) and Why business should get interested in the world's next regional single market: the ASEAN Economic Community (28 Nov 2015) 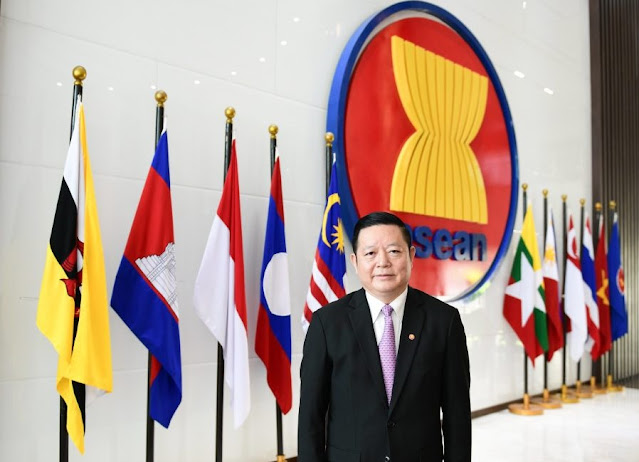