25.6.16
Less than 12 months ago, David Cameron was the first Prime Minister of the United Kingdom to visit the Jakarta headquarters of the Association of Southeast Asian Nations (ASEAN) where he urged the European Union to "jump-start" long awaited negotiations on a free trade agreement with the ASEAN Economic Community. According to the UK-ASEAN Business Council total UK exports to the six largest ASEAN economies in 2012 were equivalent to over three times the UK’s exports to Brazil, twice India’s, and 50% more than Japan’s. UK goods exports to ASEAN were rising more rapidly than British exports globally and UK services exports to ASEAN exceeded those to either China or Japan. Now, following his country's historic vote to leave the EU, Mr Cameron has announced his resignation as Prime Minister from October. Dr Tang Siew Mun, Head of the ASEAN Studies Centre at ISEAS-Yusof Ishak Institute, examines the repercussions for Southeast Asia:


IN A MOVE THAT IS reverberating in the British Isles and around the world, the British electorate has voted to “leave” the European Union (EU) in what was billed as one of UK’s most significant political events in a generation. The BBC reported that the “leave” campaign garnered 52% of the votes against a turnout of 72.2%, signalling the beginning of the end of UK’s flirtation with European integration.

As this process is being played out in Brussels and London, what does Brexit mean for ASEAN-EU and ASEAN-UK relations?

First, ASEAN’s relations with the EU will not be affected. The EU is one of ASEAN’s ten Dialogue Partners, and it would be “business as usual” even after the instruments of withdrawal were successfully completed between London and Brussels after many years of negotiation.

Second, the UK will lose its formal affiliation with ASEAN when it ceases to be a Dialogue Partner- a status it currently holds as a constituent of the EU. The UK would have to apply to “rejoin” ASEAN as a Dialogue Partner in its own right. Upon granted this status by ASEAN, it would then need to apply for entry into the multiple fora led by ASEAN.

Third, UK’s separation from the EU will have a significant impact on its engagement with ASEAN as London will be disconnected from all ASEAN-led processes where the UK had heretofore participated as a member of the EU.  In practical terms, the UK will be left out of the Asia-Europe Meeting (ASEM), ASEAN Regional Forum (ARF) and the ASEAN Defence Ministers’ Meeting Plus (ADMM Plus) after its disengagement from the EU.

Fourth, as a strong advocate of free trade in the EU, UK’s absence may cause the momentum of EU’s economic engagement with ASEAN to slow down.  Brexit will also allow London to engage more closely with ASEAN since it will be freed from the constraints of EU membership.

The vote to leave the EU will effectively disengage the UK from ASEAN. However, given the UK’s longstanding and extensive engagement in the region, it would be difficult to envisage a situation where ASEAN will turn down the UK’s application to rejoin ASEAN as a Dialogue Partner.

The 10-member countries of the Association of Southeast Asian Nations (ASEAN) have different languages, different religions, different cultures, different governmental and social systems, and different levels of economic development. Okky Madasari, an Indonesian author and co-founder of the ASEAN Literary Festival, explains how literature and books in general can nurture and build a sense of being part of something bigger, and ultimately a sense of belonging and an ASEAN identity:

THIS MONTH the Association of Southeast Asian Nations (ASEAN) celebrated its 49th anniversary. What does it mean for us?
For almost half a century, ASEAN has been a big illusion fed to all of us. In school we were taught about ASEAN and told that we were “ASEAN people”, without ever understanding what that meant or using the term outside of our classrooms.
We use many other personal factors as a source of our identity – country, religion, ethnicity –  but never our membership of ASEAN. I can say that I… 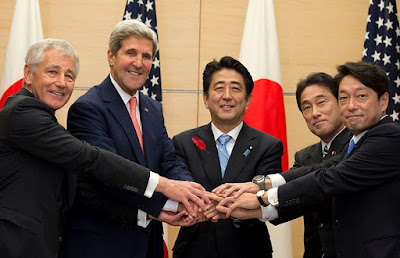